Home/History/History of La Alhambra in Granada
Previous Next 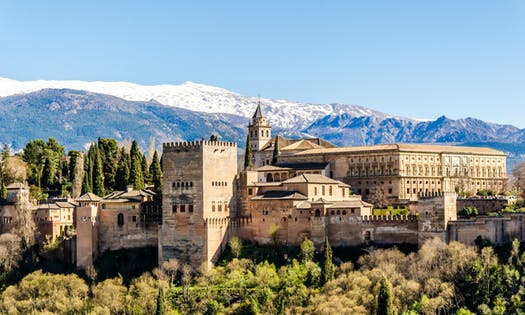 In this article we will try and explain the history of The Alhambra of Granada, one of the most interesting places to visit in Spain. And on the other hand we are going to recommend several apartments to enjoy a wonderful and unforgettable holiday in the south of Spain, in a city with plenty of history, and what a history…

The Alhambra was a product of the Nasrid kingdom of Granada, especifically ordered to build by Muhhammad I of Granada in the XIII century. Muhammad I reigned from 1238 to 1273. All sources in Spain and internationally confirm that there was another military fortress before the Alhambra, but Muhammad decided to create his own palace and fortress from it. In fact, the current Alhambra isn’t just a palace nor a simple castle, it’s a Citadel, or more especifically, an Andalusian Palatine City (Ciudad Palatina Andalusí).

You won’t realize how big it is until you get inside the citadel. Here is a picture of all the rooms in its interior: 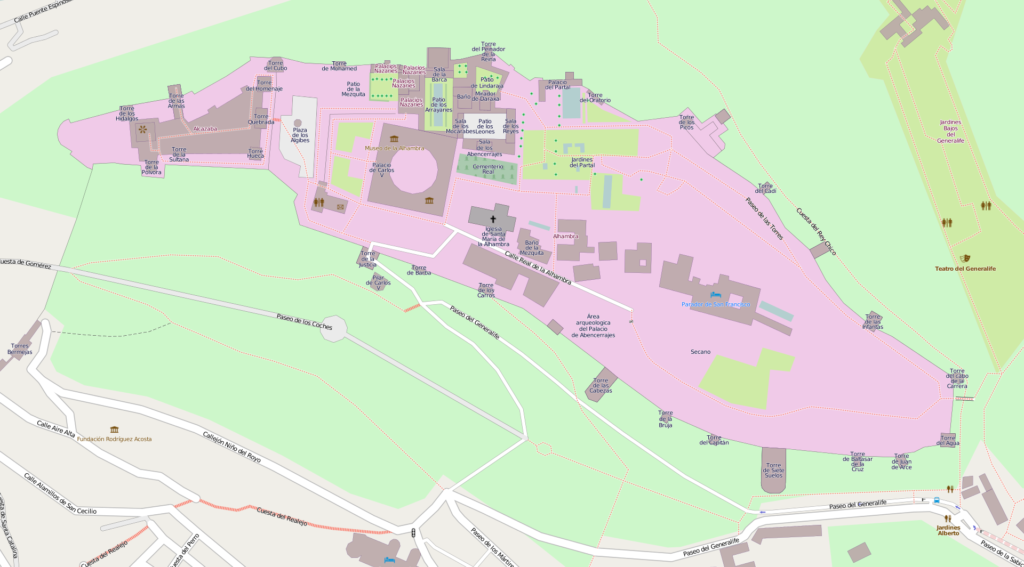 The Alhambra is on the hill of Colina, one of the highest places in the whole city. Of course, this building had a military purpose since the beginning, it was very difficult to conquer due to its access. The Roman Empire also thought of this hill as the ideal one to build a fortress. It seems we have to go back to the year 666 to find the first evidence of any military construction. But as we said, later Muhammad I decided to build over it and the fact is that Spain owes this man a lot, as La Alhambra is the second most visited monument in Spain, just after La Sagrada Familia in Barcelona.

If you want to enjoy an incredible guided trip to La Alhambra and learn much more, visit this website, and if you are looking for some wonderful apartments very near the Alhambra and the rest of the city, take a look at Enjoy Granada.