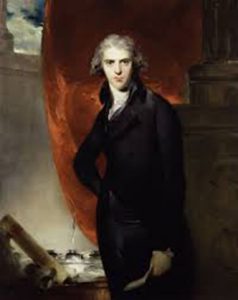 The second earl was born in 1764, was elected county Member of Parliament for the whole of Northumberland when he was but twenty-two years of age, representing the Whig party dominated by Charles James Fox. A devout reformist, he presented Bills for parliamentary reform in 1793 and 1797, with the intention of demolishing the so-called ‘rotten’ boroughs: both bills were defeated.

He took office as Foreign Secretary in the ‘Ministry of All the Talents’ in 1806 at forty-two, after the death of Fox, but still managed to see through parliament Fox’s favourite bill – for the abolition of the slave trade. The way was not rosy for Grey as when his Ministry collapsed, he faced twenty-three years in opposition. He was leader of the Whigs in 1821. Though it may seem illogical, Grey is said to have ‘disliked politics’, describing it as ‘a theatre for base passions, little jealousies and sordid interests’, which proves that nothing changes with the passage of time. When his father died he went to the House of Lords as the second Earl but was no happier there than he had been in the Commons. Actually, he spent only a little time in the Lords, preferring country pursuits and family life in his beloved Northumberland, perhaps especially the family life as he and his wife produced fifteen children. Sadly for him, he was called back into politics at the age of sixty-six, this time as Prime Minister, as a result of a split in the Tories (they were divided over Catholic emancipation). It would not be true to say that he became PM as a result of his own efforts, as they had always been mild and difficult to perceive.

Notwithstanding, he pledged his government to reform, reform and more reform, and indeed was responsible for the Reform Act of 1832, though it was a conservative reform by which Grey hoped to make more radical measures unnecessary. He said, ‘the principle of my reform is to prevent the necessity for revolution. There is no one more dedicated (than I am) against annual parliaments,universal suffrage and the secret ballot.’ As was deemed correct in a lord and a landowner he wished above all to protect government of the people by men of property, which would have put him in bad odour had he been more European than English.

Slavery itself was abolished throughout the Empire in 1833, and a Factory Act in the same year limited but did not abandon child labour in textile mills. The East India Company’s trading monopoly was ended by a Government of India Act, and the Bank Charter Act reduced the Bank of England’s notes to the size of the gold reserve. Appeals from the colonies were dealt with by a Judicial Committee of the Privy Council, and a Poor Law Amendment Act got through the Commons but passed no further, blocked by the Lords. In fact their Lordships only passed it after Grey’s resignation. All this sounds like a Good Thing but Grey took little part in it apart from lending his name. He kept expressing his deep desire to retire. Nor were contemporaries much impressed by poor Lord Grey; Hobhouse said in 1836, ‘I am surprised how, by mere fluency in speech and arrogance of manner, this really inferior man has contrived to connect his name imperishably with the most splendid triumphs of British legislation.’

He also managed to connect his name imperishably with a classic blend of tea – Earl Grey – whose exquisite recipe was presented to him on his return from China by an envoy.