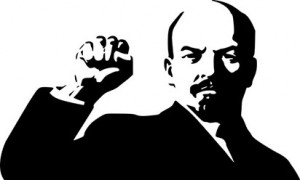 Mention is made in the media (rather too often) of the magic words Left or Right when the subject is politics.The terms originated as follows: The Left came from the French Revolution, when members of the Jacobin Club sat in the Convention on the left of the President’s chair. Before long the term came to be associated with people who held radical views, a belief in the sovereignty of the people, elimination by any means of royalty and/or the aristocracy, a firm republic, and anti-clericism.

With the Industrial Revolution in Britain the left was identified with working class interests. It wanted to interefere in the free market, because it believed that by doing so social change could also be brought about. It is difficult to define what kind of ‘social change’, but one hopes it means a fair deal for all – except landowners, rentiers, lords, bishops etc. Well into the twentieth century the Left referred to all socialist parties, Christian or otherwise, and the Communist Party as a whole. Supporters and upholders of the idea of the Welfare State were and are also supposed to be of the Left, though this has not worked out in practical terms. In Spain, the Falange and General Franco referred to the Left as ‘the Reds’, perhaps because of the clenched fist and singing of ‘The Red Flag’ at public meetings. 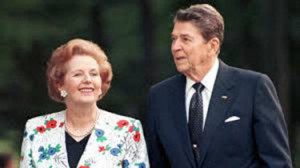 occupied thrones and Christian altars; those of the Right believed in the Monarchy, traditional religious themes and dogma, and a society which was purely hierarchical – with the landed aristocracy playing a leading and vital role. Since it first appeared right up to today the term has been one of oppobrium. Socialists frequently say, “we have to rise up and ensure that the Right does not rule!’, as if the Right meant automatic dictatorship. This bogeyman idea is amusing because very few real dictatorships have been on the Right. Ghengis Khan, one of the first great dictators, was a radical reformist determined to thrust his violent reforms on the rest of the known world outside Mongolia. Robespierre, who ruled over France briefly through the Committee of Public Safety, was a violent socialist reformer, as were Lenin and Stalin. Hitler led the National Socialist Party from 1933. Mao was a communist dictator. They were all from the Left. Churchill became a virtual dictator with enormous powers after 1940. He was one of the few dictators from the Right. Several South and Central American dictators have come from the Right. But the present dictators of Communist Cuba took over (by force) from a Rightist general called Batista.

The Right is assumed by the media to believe in class differences and inequality for all, letting dogs lie (laissez-faire) and the smallest and most economically viable governing system possible, with monarchy as Head of State consulted by a government, self-help, education for all, private insurance schemes as opposed to a state-financed and organised social security system. The Right is fervently opposed to Socialism in its many forms, preferring to be associated with Conservatism with a capital C.