Maximilian, father of Ludwig II, looking for something to kill / unofficial royalty.com

Munich is the capital of what was originally the largest principality (and later kingdom) in all Germany, Bavaria. In the 19th century the city was an odd mixture of ancient and modern – medieval half-timbered houses and cobbled, narrow streets, but already encouraging a rapidly growing industrial sector. Visitors were surprised by this split personality, because there was more than a hint of the purely provincial among the fine buildings springing up everywhere, and yet Munich enjoyed a high academic and cultural reputation. Horse-drawn carts filled with food from the luxuriant surrounding countryside filled the wide streets, driven by peasants. Later the drovers filled the beer halls, where brass bands thumped, and people from the nearby Tyrol danced. Salzburg, leading town in south-western Austria, is less than one hundred kilometres away.

But Salzburg was rather gloomy, and Berlin (Prussia), a great distance to the north was even worse. Munich, or München as it should properly be called, was founded before the eleventh century as, of all things, a place of asylum for the Roman Catholic Church: the town often found itself in the path of invading armies from north and south. Frequently occupied by foreign powers, Munich was with numbing regularity burned by Austrians, Dutch, Swedes, Italians and of course the French. High walls and seven strong towers surrounded the older part of the town, testimony to its riotous and violent past.

Marvellous views of the distant Alps to the south could be seen from the parks, and boats on the fast-flowing waters of the River Isar. The air was fresh because of high winds blowing directly from the mountains to the south, blowing humidity away, but bringing ice and snow for the frozen inhabitants in high winter. The Bavarian capital’s outline, seen from the meadows, was jagged with spires and cupolas, reflecting the deeply religious faiths, both Protestant and Catholic, of the city-dwellers. Architecture was mostly baroque, as was the case of the Theatinerkirche, built to the orders of Electress Henrietta Adelaide. The Cathedral of Our Lady (Frauenkirche) was erected in the Gothic style in the 15th century.

The largest of the 19th century parks was called the Englischergarten, though it was laid down largely by an American, one Benjamin Thompson from Massachusetts. Siding with the British during the American Revolution (q.v.), he fled to London, where he was invited to join the Foreign Office, and was posted to Munich. The Elector raised him to be Count Rumford, and it was now that he began the laying out of an English park very much in the style of the great English garden architect ‘Capability’ Brown. There were enormous stretches of pure grass, and bathing places for the long hot summers, the biggest of which was the Klein hesseloher See, where there was boating and swimming in August,and ice skating in December. 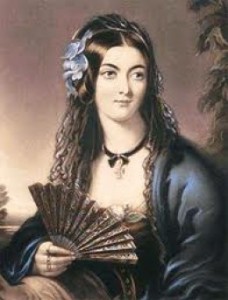 The Wittelsbachs built two court chapels and two theatres, some state suites, ballrooms and galleries in what was called the Residenz, which boasted nearly five hundred rooms spread over various acres, with nine interior courtyards. The family Wittelsbach ruled Bavaria as comparatively enlightened and progressive monarchs with a written Constitution presented by Maximilian Josef I in 1818, establishing democratic principles. He died in 1825 and the crown passed to his oldest son, who became King Ludwig I, a godson of the guillotined Louis XVI of France. Ludwig married a beautiful girl called Teresa von Saxe-Hildburghausen ‘a model for all wives and mothers’ but her husband had a royal eye for gorgeous women and led poor Teresa a merry dance. When he was sixty, he fell for an Irish girl from Limerick calling herself Lola Montez – and the Wittelsbachs nearly lost their throne as a result. In March 1848, under strong pressure from his own family and his government, Ludwig the First abdicated because of his tempestuous affair with ‘Lola’. 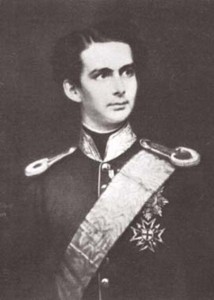 The future ‘Mad King Ludwig II’ was two when his grandfather abdicated. His father became King; he was Maximilian, a man with delicate health, conservative, traditional views, and not the least idea how to bring up children: Ludwig and Otto were educated by savage tutors, beaten black and blue by their unassuming, shy father, and it is not surprising that by the time Maxmilian died and Ludwig became the Second of that name, the handsome young prince was a psychological mess who preferred his governess to his parents, and later fell in love with Wagner and his operas, and thought he was Lohengrin. It was Ludwig who built the extrordinary castle/palace of Neuschwanstein, and others such as the Linderhof. All his creations have survived World Wars, and Neuschwanstein is now seen by nearly ten thousand visitors a week.