Home/English Language, World History/Names to confuse you (they have another meaning)
Previous Next 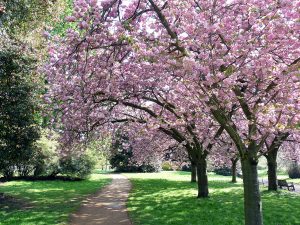 English is a rich language not only because of an immense vocabulary, but also because many words in daily use have another, purely historical meaning. Take for example:

Chateaubriand which hungry gourmets know is a French word describing the very best part of fillet of beef, sold at astronomic cost in very good restaurants, just charred by the grill, often accompanied by tiny potato chips and baby carrots. BUT there was also François Auguste René Chateaubriand, (born 1768) who became a French writer and politician of distinction. He established a literary reputation with Le Génie du christianisme published in 1802 and translated into several languages by 1808. During the Restoration of the French monarchy he held various diplomatic and political jobs, but was thwarted in his ambition to become Prime Minister. Before he died in 1848 he had composed an autobiography with the promising name of Mémoires d’outre-tombe (Memoirs from beyond the grave). Mysteriously, this work was not wholly published until 1902, by which year restaurants were already serving Chateaubriand steaks to discerning diners with well-filled purses.

The Balaclava helmet is seen today hiding the features of young males throwing stones and other paraphernalia at policemen during street riots. It is also standard wear for terrorists and bank robbers across the world. Usually made of wool, this item of special clothing had slits for the eyes and mouth, which maintain the hiding of identity of the wearer perfectly and allowed him to see and breathe. BUT the balaclava helmet originated from the Crimean War (1850s), an odd war fought between the British and Russia on the Crimean Peninsula. The balaclava was designed for keeping the head warm and slightly more comfortable beneath a soldier’s iron helmet. The Crimean War is celebrated for the charge of the Light Brigade (at Balaclava), the sandwich (invented by Lord Sandwich as a snack between battles), Florence Nightingale, and an English commander-in-chief (Lord Raglan) who had to be reminded that he was not fighting the French. The Battle of Balaclava was fought in the early stages of this ludicrous war, when a Russian attack on the British base at Balaclava took place was repulsed, though the British sustained far greater losses in men and equipment. Incidentally, Baron Raglan also gave his name to the ‘raglan sleeve’ as well as a kind of cut for overcoats.

When the British talk of cherry blossom they could be describing the beautiful colouring of cherry trees in bloom by the wayside, or a type of excellent boot polish which uses the expression as a registered trade name. BUT the Sakurakai or Cherry Blossom Society was also a secret society formed by mostly young Japanese army officers in 1930, under the command of Lt. Col. Hashimoto Kingoro who was serving in the Imperial General Staff. The Japanese army was not allowed (at that stage anyway) to indulge in any politicking, so therefore when the Society met to discuss the renovation of the State, it reflected increasing disaffection with a purely civilian government managed by political parties. The Society organised two coups, both abortive, in 1931, trying to establish a military cabinet. It was shortly disbanded and heads, as usual in Japan, began to fall.

Almost every student knows of the Fabian Society; it is a purely socialist group known for its cautious approach to British politics and social reform. Members in the past have included Leonard Woolf and his wife Virginia, playwright George Bernard Shaw and Victor Gollancz the publisher. It has a very close relationship with the Labour Party, and has, since foundation in 1884, been a source of socialist ideas and practices. Now it hardly exists, as severe damage to socialist reputation took place after revelations about Stalin (q.v.) were made by Kruschev and others; before, there came the startling news of the Bolshevik murder of an entire royal family in Siberia, reported, clarified and confirmed by Russian authorities. BUT from whence came the name? It comes from Fabius Maximus, a Roman general called the Cunctator (delayer) noted during his epoch for over-cautious military tactics.

Grouchy is an acceptable English term for a bad-tempered, moaning personality, forever complaining, of ill-conditioned aspect and usually unpopular demeanour. It is not normally a permanent condition however, and a grouchy person can occasionally have a sunny day. BUT Emmanuel Marquis of Grouchy (born 1766) in France was a soldier for Napoleon. He fought against his natural bad temper and the Italians, the Russians at Eylau and Friedland (1807) and in the long campaign against the Russians in 1812. He was loyal to Bonaparte, and after the Emperor’s escape from the island of Elba he destroyed any Bourbon opposition in the south of France, and even managed, plagued as always by his ‘grouchiness’, to defeat the ancient Prussian military genius Blücher at the Battle of Ligny. He failed at Waterloo though, perhaps due to misleading orders from his hero. Having failed, he went to America, but was re-instated as Marshal in France in 1831; being sixty-five at the time, he had good reason to be grouchy.

Nassau is best-known as a beautiful island where one might meet James Bond. BUT it is also the name of a noble family from Burgundy, a part of France. At first the family Nassau were high servants of the Habsburgs, but later they rebelled against their authority in the Low Countries. They became Stadholders (q.v.) in Holland, Zeeland and Friesland, Counts of Nassau and Princes of Orange, thanks to the Emperor Charles V. Heirs to the titles William of Orange (q.v.) and his brother Luis, Count of Nassau led the revolt against their former masters which developed into the interminable Eighty Years War (1566-1648 q.v.).

Ottoman was the name given to a kind of furniture, half chest, half padded seat, notably popular and much seen in the nineteenth century, usually in grand houses, but often in suburban villas too. BUT it was also a Muslim Empire founded around 1300 by Sultan Osman I. Ottoman forces crashed into Europe in 1345, conquering Constantinople in 1453; remarkably quickly they controlled most of southern Europe, including a part of Hungary, the Middle East and North Africa. After Suleyman I the Magnificent the Ottoman Empire began a slow but protracted decline. Its power was diminished by Russian and Austrian power in south-east Europe, by the ambitions of France, Britain and Italy in North Africa, and the growth of anti-Ottoman feeling in the Balkans, followed by inevitable internal bickering. Finally, it joined with Germany and the Central Powers in 1914, suffered under Allenby and Laurence and collapsed in defeat in 1918.