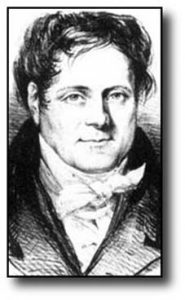 What was Chartism? It was by far the most outstanding political movement inspired by genuine working men in Britain in the nineteenth century. There had been radical movements, such as the Corresponding Society, since the late eighteenth century, but the worst slump in the nineteenth, plus the reforms of the Whiggish government were seen as an attack on the working classes, and the over-used word ‘rights’ began to appear.

In 1832 the worker still had no vote; not even the Factory Act (1833) had decreased the working day to ten hours; the Poor Law of 1834 was seen by those it affected as a starvation law, and the uniformed police were described by the workers as a ‘plague of blue locusts’. The working man was brought up to believe that workers’ troubles could never be properly addressed until government by the rich and powerful, landowners, factory owners etc. was successfully opposed. This instinctive feeling was put into the People’s Charter (1838) written by London carpenter William Lovett and tailor Francis Place. It presented six points: universal (male) suffrage; no property qualifications for MPs; annual parliaments; constituences of equal size; payment of MPs; and voting by secret ballot. Out of these the most important was the one in italic script – payment of Members of Parliament. The proponents did not realise they were suggesting the root cause of all political corruption in democracies since, and up to the present day. If the taxpayer pays an MP or a Deputy a salary, the latter will always want more, plus expenses, and will manage it corruptly if he can.

It is difficult to believe but these proposals had not changed much since the year 1780, but this time they were supported and given weight by huge rallies in leading industrial towns such as Manchester and Birmingham. A National Petition was signed by 1.3 million. A National Convention was called. This met for the first time in February, 1839 but socialist weakness was made manifest by the divided and divisive reactions shown by the Chartists (as they came to be called). Some called for violence in support of their rights, while others (the majority) would not go beyond ‘moral force’ meaning use of persuasion. The Convention broke up in disorder and dismay. Then there was an armed uprising in Newport but it was put down by disciplined troops. After this the middle-class supporters of Chartism left the movement.

Feargus O’Connor and his newspaper Northern Star formed the NCA (National Charter Association) in or around 1840, reviving Chartism as the national depression deepened. There were soon 50,000 members, and a Second National Convention was organised by O’Connor, presenting a Petition, this time with 3.3 million signatures – but Parliament refused to read it. Chartism from that moment declined, surviving only through cultural activities such as Chartist schools, chapels, co-operative stores, clubs devoted to decent burial for the poor, and associations opposed to the drinking of alcohol.

There were mean harvests in 1846/47 and the Chartists made their last stand against government in a mass rally (1848) on Kennington Common in London. They wished to present their third Petition, but the government of the day feared a French-type revolution and called out 7000 soldiers, 4000 policemen and no less than 85,000 ‘special constables’, mainly from the middle classes and universities. They outnumbered those attending the rally. Faced with this threat O’Connor dispersed his followers and proposed presenting the Petition himself, alone. It was humiliating and destroyed the Chartists’ trust in O’Connor (shades of so many similar incidents in England from Wat Tyler to the present day). The middle classes had shown they did not want reform or a vote for the working classes. The government was behind them. The collapse of Chartism denoted the end of purely democratic political protest. Russia’s Lenin knew this years later, when he ordered demonstrations strongly mixed with violent action as the only way to arouse the interest or agreement of a sitting government.

Notwithstanding, it is worth noting that all the reforms demanded in the Charters (except annual parliaments) became law eventually, but this owed nothing to Chartism.