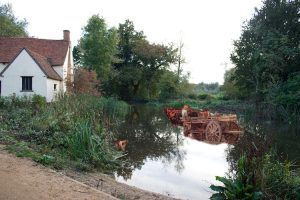 Personal experience of governmental repression gradually turned Cobden into a radical, blaming ‘misgovernment’ for England’s economic troubles, attacking ‘corruption’ where he thought he saw it, the patronage system, and control of Parliament by the rich and landed aristocracy and gentry fuelled by their own interests. He saw how the poor existed, and defended them as under-privileged. Perhaps he was blind to the tremendous forces which were changing society, because he loathed the factories and the new industrial towns. While Britain grew richer every year, Cobden saw the agricultural worker as an example of a glorious past – growing and tending his crops, breeding fine cattle, feeding often and well from his farm’s produce, weaving his own cloth etc. It was all a dream, but it was Cobden’s dream.

He was far from unintelligent. He could see that the new machinery was not in itself the cause of poverty in the new towns, now filled with former agricultural dreamers. In his Letter to the Luddites of 1816 he condemned current attacks on machinery made by popular novelists and writers of essays. But it was the failing (as he saw it) countryside that fascinated him. In the 1820s he travelled extensively through East Anglia, the Midlands and parts of the North of England. He saw and hated the enclosure system., and condemned it in his Rural Rides (published 1830). 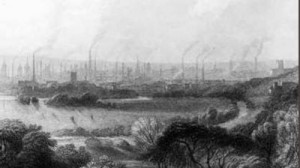 Always dissatisfied, he assumed that the House of Commons would never carry out the reforms he wished for i.e. abolution of sinecures and tithes (A Good Thing), the wholesale confiscation of Crown lands and Church property (too difficult and impossible without changing Britain into a churchless republic), and last but not least a huge reduction in the size of the Army (making Britain unsafe in the Napoleonic era).

Cobden was not backward in coming forward, and thought himself a ‘prodigious writer’. When the Reform Act passed through Parliament in 1832 he became MP for Oldham (later Winston Churchill’s constituency), but as so often happens with good writers he did not make a good member of Parliament. In fact he impressed nobody with his rhetoric. It would have been better written down. The last straw for Cobden was the Poor Law of 1834, which demolished what remained of the old order he loved. He saw this muddled attempt to put things right, or at least make them a little better, as a completion of the demoralization of the poor in Britain. Depressingly, he saw the introduction of the repulsive workhouses (q.v.), depicted perfectly by Dickens in a few of his most important novels. William Cobden thought himself a failure and died in 1835 at the age of seventy-two.