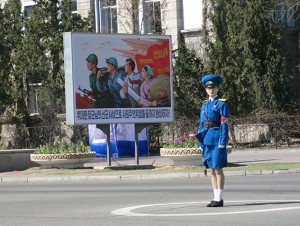 North Korea is a ‘socialist’ state, with borders to the north with China, to the north-east with Russia; to the west is Korea Bay and the Yellow Sea; to the east is the Sea of Japan. Very asiatic. Separation from South Korea is provided by a demilitarized zone of 1,262 kilometres. END_OF_DOCUMENT_TOKEN_TO_BE_REPLACED

when the United States entered the Second World War, until 1945. But the Pacific War really started with the Sino-Japanese War which began in 1937, when Japan’s concern was to defeat China. This was to be achieved by expanding in South-East Asia, so that Japan could control the raw materials on which she so much depended – oil from Dutch East Indies and Burma (now Myanmar); and tin and rubber from Malaya. She had to cut off China’s supply routes from the south, even if this involved friction with the United States. Moving further south involved risk of conflict with Russia in Manchuria (the Russians came off best after a battle with Japan’s army in 1939 at Nomonhan. Then a non-aggression pact was signed with Russia in April, 1941: thankfully, Adolf Hitler did the double-cross and invaded the Soviet Union in June with his Operation Barbarossa (q.v.) END_OF_DOCUMENT_TOKEN_TO_BE_REPLACED 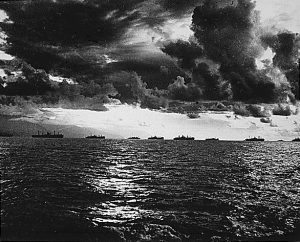 This little-known sea battle was fought between American and Japanese fleets towards the end of October, 1944. Japanese forces were seeking to stop the US re-conquest of the Philippines, which had started on October 20 with American troops invading the island of Leyte. It was seen as obvious that American success in the Philippines would cut Japan off from her oil supplies as well as essential raw materials in South-East Asia. Though they knew they were outnumbered, the Japanese decided to send all available warships into a conflict they were by no means certain to win. END_OF_DOCUMENT_TOKEN_TO_BE_REPLACED 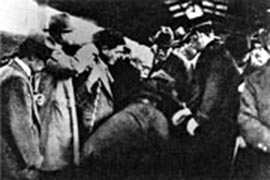 The Showa Restoration . The word showa means ‘Enlightened Peace’ in English. It was chosen as a ‘reign name’ by the Emperor Hirohito. It is hard not to see this as ironic. However, a reliving of the true word was attempted by several young officers during the 1930s; the intention was to restore the ‘true relationship’ between the Emperor and his people, by eliminating party politics, ridding Japan of political parties as a whole, and all democratic institutions at the same time. END_OF_DOCUMENT_TOKEN_TO_BE_REPLACED 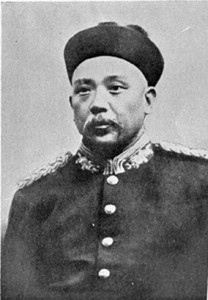 Only six years after the first trans-continental railway (Canadian Pacific q.v.) was opened, Russia followed suit with her very lengthy railroad built between Moscow (actually Chelyabinsk in the Urals) and Vladivostok, a city/port in the northern Pacific. Commencement of construction was in 1891. END_OF_DOCUMENT_TOKEN_TO_BE_REPLACED

Inevitably, during the Second World War the country was invaded successfully by the Japanese, and there followed an occupation during which a certain amount of industrialization took place, but agriculture remained the basic staple by which the people of Vietnam were fed. END_OF_DOCUMENT_TOKEN_TO_BE_REPLACED

After the horrific end of World War II in the East, the Japanese decided to replace the draconian Meiji Constitution agreed to in 1889. But the new draft was itself not new; it was based on the draft imposed on the Japanese cabinet by the United States in 1946.

The document gave sovereignty to the people rather than the Emperor, who was now to be seen only as a symbol of state, similar therefore to the European monarchies, which are ‘constitutional’ rather than ‘absolute’. In January of 1946 the Emperor Hirohito had announced that he was no longer divine. Emperor’s divinity had not before been questioned by the Japanese people. END_OF_DOCUMENT_TOKEN_TO_BE_REPLACED

The Khmer Rouge (and Pol Pot)

A great deal more is known about the Khmer Rouge than about Cambodia’s Pol Pot. To most history-subjected magazines Pol Pot was just another of those dictators who bumped off a few million of his own countrymen, and would probably have liked the opportunity to do the same to many more millions who were not his countrymen. But first we look at the unattractively-named Khmer Rouge: END_OF_DOCUMENT_TOKEN_TO_BE_REPLACED

Algeria, Tunisia and Tripolitania (Libya) take their name from the infamous pirate Barbarossa. Even the English adjective barbaric has its roots in berber, bereber or Barbarossa. END_OF_DOCUMENT_TOKEN_TO_BE_REPLACED