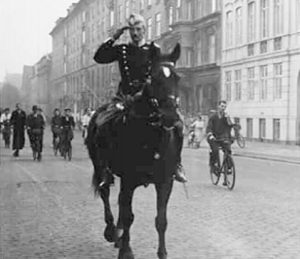 To complicate the issue more the people elected him sovereign ruler of Schleswig/Holstein. It is all quite wondrous, for Christian was not a good king; he spent too much on himself and his glittering court, and was therefore always broke. When he married his daughter Margaret to James III of Scotland, he was expected to provide a dowry of 60,000 guilders. Not being able to find the complete sum he mortgaged the Orkneys and Shetland, getting 8000 guilders (which he never repaid). He did, however, found the University of Copenhagen in 1478: where did the money come from? Dying in 1481, he was succeeded by his son Hans I. END_OF_DOCUMENT_TOKEN_TO_BE_REPLACED

Alsace is a part of North/East France, comprising Bas-Rhin and Haut-Rhin. They lie on the frontier with Germany. Thus enters the traditional loathing of the French for the Germans, and vice-versa. Alsace was a simply a part of France (Lorraine) before finding itself fairly suddenly a part of the German Empire: the fault lies with treaties, as usual: The Peace of Westphalia (1648) and Treaty of Rijwijk (another tongue-torturer, 1697) handed over most of Alsace to France – but in 1871 it was re-annexed by Germany! As if this were not complicated enough, Alsace was subsequently returned to France in 1919 (Treaty of Versailles of immortal memory), and then, though this may difficult to believe, regained by Germany during the Second World War! END_OF_DOCUMENT_TOKEN_TO_BE_REPLACED 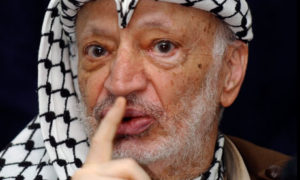 Yasser Arafat, one of the winners of this award / the guardian.com

In the case of a suitable candidate being found, this is an international prize, awarded annually, to a person or an institution considered by a Swedish/Norwegian committee, to have made outstanding contributions to peace. A trust fund to finance the award was established in the will of Swedish industrialist and chemist Alfred Nobel (1833 – 1896). END_OF_DOCUMENT_TOKEN_TO_BE_REPLACED 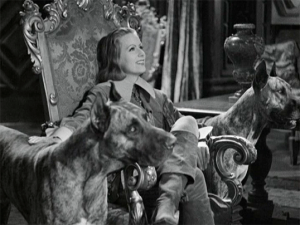 The Vasa dynasty provided monarchs for Sweden, with only two exceptions, from the beginning of the sixteenth century to just after the end of the Napoleonic Wars (q.v.). The Vasa were only minor royalty, but gained the throne with Gustav I. He it was who smashed the Danish-dominated Kalmar Union, and led Sweden through the Reformation.

Three of Gustav’s sons followed him as King – Erik XIV, John III and following deposition of John’s son Sigismund III Vasa – Charles IX. Charles’ son Gustav II Adolf became a famous soldier and statesman whose daughter Christina abdicated in 1654 in favour of her cousin Charles X Gustav. Christina was played by Greta Garbo in a Hollywood film made about the queen.

Charles son, another Charles (XI) managed to introduce absolute monarchy in the French style of that epoch, but the Swedes were having none of it, abolishing absolutism after the death of Charles XI’s childless son, who was yet another Charles (XII). This Charles’ sister Ulrika in turn abdicated, and thus produced a breach in the line witrh the accession of her husband Frederick I. His successor Adolf Frederick descended from Charles XI’s sister, but his son Gustav III had a good deal less of the Vasa blood in him. The Vasa Dynasty ended with Charles XIII, who weakly died without heirs of any kind.

The royal house of Sweden then became Frenchified, when the country invited Jean Baptiste Jules Bernadotte, one of Bonaparte’s marshals to become King Charles XIV John. The present monarchs of Sweden belong to this dynasty, and those of Denmark, Sweden, Norway and Belgium all descend from the marshal’s son Oscar I and his queen, Désirée Clary.

These days the word strikes a sour note, arousing images of rough settlements, starving ‘piccaninies’, whips, shackles, thoughtless government from a distance of thousdands of miles etc. If there are any ‘colonies’ left after the post-war rush to be rid of them I think it is because the ‘colonists’ prefer it that way. 90% of colonies which achieved independence have suffered under bad or atrocious rule since being ‘freed’, with the possible exception of the United States, and even there half the settlers in the Thirteen Colonies claimed they did not wish for independence from British rule, and after 1776 sold up lock, stock and barrel and moved to Canada, where they were welcomed. END_OF_DOCUMENT_TOKEN_TO_BE_REPLACED 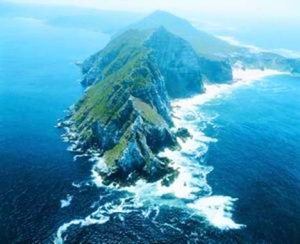 In the 13th century A.D. two brothers called Polo, who actually came from Venice, had the courage and the resources to wander across the huge Mongol desert, and climb high mountains; at last they found themselves in the Court of the Great Khan at Cathay (which they had thought of as a myth). They even met the Emperor of China without having their hats nailed to their heads. This great adventure was written up by one of their sons, Marco, and it covered a period of around twenty years. Young Marco wrote about a mysterious group of islands on the edge of the world called (by him) Zipangu. We would call this breathlessly beautiful place Japan. But even then, though people wished to Go East, where there are spices and jewels and gold, few made the effort because world travel was dangerous. So they stayed at home, where life was only moderately so. END_OF_DOCUMENT_TOKEN_TO_BE_REPLACED Gustav V of Sweden lived from 1858 to 1950, and reigned from 1907, which makes him the longest reigning king in Swedish history. He was a shy man, naturally reserved, disliking any kind of pomp and ceremony, ably demonstrating this trait by refusing a coronation ceremony. This questionable act gave him another ‘first’ – that of being an uncrowned monarch.

Notwithstanding, Gustav asserted the personal power of the monarchy; he challenged the Liberal Party’s government in 1914 with a demand for greater spending on defence. He did this in what became known as ‘The Courtyard Speech’, actually addressing a gathering of local farmers. END_OF_DOCUMENT_TOKEN_TO_BE_REPLACED

The battle of Jutland (Norway)

Artist’s impression of the battle / pubpages.unh.edu

This sea battle of the Great War is interesting for two reasons: the first is that Jutland was the first challenge to British naval superiority since Trafalgar in 1805; the second is that both Britain and Germany claimed they won it. There was no outstanding victory as such, nor was there a resounding defeat.

Admiral Jellicoe led the British Grand Fleet from their safe home at Scapa Flow to intercept the German High Seas Fleet off the coast of Jutland in Denmark. Prior to this Admiral Beatty in command of six battle cruisers had been searching the North Sea for a sign of Admiral Hipper’s force of five battle cruisers. The latter had ‘dared’ to leave port in the teeth of the nation that allegedly controlled the oceans. Then Beatty found the German ships and engaged them, but their superior gunnery promptly blew up two of Beatty’s warships – not a good start. Beatty learned that his cruisers had inadequate armour and easily-hit magazines. END_OF_DOCUMENT_TOKEN_TO_BE_REPLACED

The great House of Savoy

The luxurious Savoy Hotel on the Embankment in London was constructed in the 19th century more or less where another famous house had stood until it was burnt down by a furious London mob. That house was called the Savoy too, and it was built by a man important in British history called John of Gaunt (q.v.), a son of Edward III who became Duke of Lancaster and the richest man in England. The hoi polloi burnt the Savoy to the ground because they had been told John of Gaunt was planning to take the throne from Richard II, a grandson of Edward III.

The name Savoy is ancient, and comes from an alpine area in what is now Switzerland and France. It existed from the middle part of the 11th until the 19th century under that name. END_OF_DOCUMENT_TOKEN_TO_BE_REPLACED

The Normans & the Norman Invasion of England

Normans were and are inhabitants of Normandy, a picturesque western coastal part of France. They are of mixed descendence, much of their blood being of Scandinavian or Viking origin, the rest Frankish (or French). The Vikings occupied most of Normandy in very early medieval times.

The first known important ruler was Rollo, who secured the area from a king of France. We must remember that France as such was much smaller than it is today. Inheritance laws, being much the same as England’s, were inadequate, since younger sons were left without territory in the testament. The reaction was a hunger for more territory, especially a collection of islands directly to the north called Britain, itself divided into many separate (and usually warring) kingdoms. The man to do the job was an illegitimate Duke of Normandy called William. END_OF_DOCUMENT_TOKEN_TO_BE_REPLACED