1947/48 saw the biggest break-up in the disgraceful dismemberment of the British Empire, whose most important ‘colony’ was India. Lord Mountbatten (q.v.) was sent to supervise the partition of India. At this time Kashmir was mostly populated with Muslims, though ruled by Hindus – lunacy on a grand scale. In October there was a Muslim-orchestrated uprising in the west, naturally supported across the border by Pakistan. Kashmir howled for help from India, and got some; but Indian troops would only act in exchange for Kashmir becoming part of the Indian Union. END_OF_DOCUMENT_TOKEN_TO_BE_REPLACED

Not all governors-general, or ‘viceroys’ of India were touched with brilliance, like Lord Curzon. One of them, the last, gave the most important part of the British Empire away as if he were presenting the prize at a school’s Parent’s Day. Dalhousie must be awarded top marks for effort, however. He was born in 1812, just three years before Bonaparte was finally pushed off the map. He became Governor-General at the age of thirty-six – remarkably good going – and held the office until 1856. He is still the youngest ever to reach this position. He was able, innovative and interested; he worked so hard that he ruined his health. END_OF_DOCUMENT_TOKEN_TO_BE_REPLACED

It became obvious that a few thousand British officials could not control tens of millions of Indians (305 million in 1921, 400 million in 1941) without the cooperation of the natural (and hereditary) leaders in the princely states, which meant 30% of the continent with around a quarter of the population. The British therefore awarded honours and restricted powers to the princes, while at the same time impressing them with British strength at the mightily staged Durbars. END_OF_DOCUMENT_TOKEN_TO_BE_REPLACED

The Indian Army served outside India as well, and had a deserved reputation for ferocity and good discipline; it remained (at least until the Sepoy Rebellion) a staunch and integral part of the Pax Britannica. It creators were locally found guards employed in the protection of the East India Company, known as sepoys. END_OF_DOCUMENT_TOKEN_TO_BE_REPLACED

These days the word strikes a sour note, arousing images of rough settlements, starving ‘piccaninies’, whips, shackles, thoughtless government from a distance of thousdands of miles etc. If there are any ‘colonies’ left after the post-war rush to be rid of them I think it is because the ‘colonists’ prefer it that way. 90% of colonies which achieved independence have suffered under bad or atrocious rule since being ‘freed’, with the possible exception of the United States, and even there half the settlers in the Thirteen Colonies claimed they did not wish for independence from British rule, and after 1776 sold up lock, stock and barrel and moved to Canada, where they were welcomed. END_OF_DOCUMENT_TOKEN_TO_BE_REPLACED

I am lucky enough to have a wife who found an almost complete collection of early Victorian lithographs in a back street of Lymington. They are dated and signed by the lithographer, and the date is 1840. The series starts with William Duke of Normandy and First of England, and ends with rather a pretty portrait of a sad-looking girl. A guest saw this and exclaimed, “This cannot be Queen Victoria you fool! Much too young; she was an old, fat woman with a disagreeable expression.” So much for the study of history; the lithograph was made just three years after Victoria became queen in 1837 at the age of nineteen. END_OF_DOCUMENT_TOKEN_TO_BE_REPLACED

The Malayan Campaign and Emergency

The campaign was a military action in South-East Asia between December 1941 and August, 1945 during the Second World War. General Tomoyuki secured free passage through Thailand because of an agreement with the Vichy administration in France (pro-German). He then invaded northern Malaya in December 1941 while his companions were assaulting Singapore with great success. While Japanese aircraft bombed the city, British, Indian and Australian troops retreated to the south. It was a failure, as they were then taken prisoner after the fall of Singapore in February 1942. END_OF_DOCUMENT_TOKEN_TO_BE_REPLACED

Most of the eighteenth century featured wars in Europe, as rulers came and went and tried to dominate other rulers. Nearly always the same countries were involved, and the Seven Years War was no exception: Prussia, Britain and Hanover (then a separate state) ranged up against Austria, France, Sweden, Spain and you guessed it – Russia. The date was 1756. END_OF_DOCUMENT_TOKEN_TO_BE_REPLACED 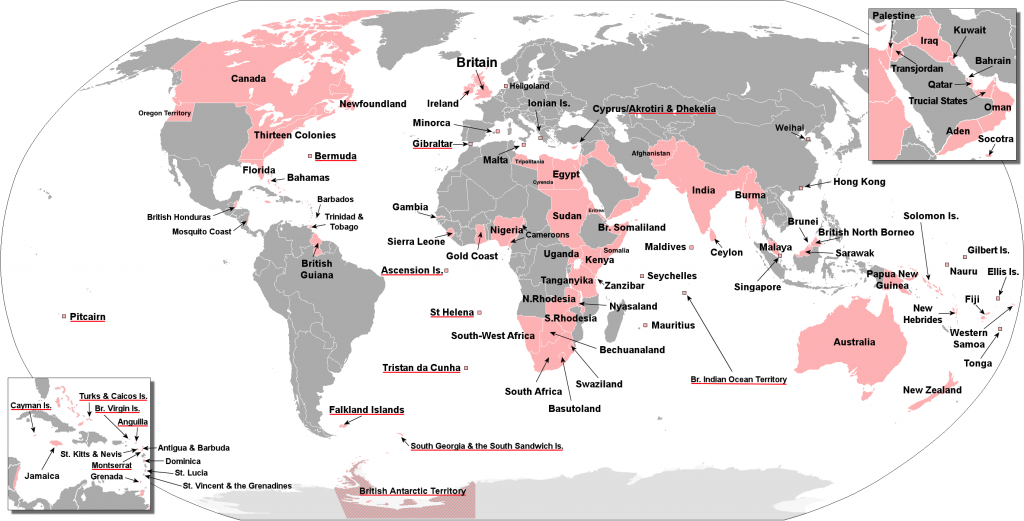 It is barely seventy-two years since a quarter of the human race lived, toiled, danced and finally died under the Union Jack. It is a very short time in terms of the history of the world, but in that time the British view of themselves, and their nation’s place in that world has altered, perhaps more radically than ever before. No other country has experienced a sudden and dramatic convulsion in its own outlook – no, not even terrible wars, occupation, subjection beneath the heel of an aggressive foreign invader, however awesome their effect, can produce a change in national philosophy as total as that undergone by the British since 1939. While Rome took centuries to crumble, the British Empire vanished almost overnight. END_OF_DOCUMENT_TOKEN_TO_BE_REPLACED

The Duke of Windsor (ex-Edward VIII) and the woman he loved / onlinepublishingco.info

Edward (born 1894) was the oldest son of George V and Mary of Teck. He should have become King of Great Britain & Northern Ireland, and Emperor of India. He did become Prince of Wales in 1911, and was popular with the people. As a child and youth he maintained a rigid and distant relationship with his parents, who would not allow him to attend an ordinary school, not even Eton or Harrow. He could never have gone toWinchester because he was not intelligent enough. END_OF_DOCUMENT_TOKEN_TO_BE_REPLACED