It became obvious that a few thousand British officials could not control tens of millions of Indians (305 million in 1921, 400 million in 1941) without the cooperation of the natural (and hereditary) leaders in the princely states, which meant 30% of the continent with around a quarter of the population. The British therefore awarded honours and restricted powers to the princes, while at the same time impressing them with British strength at the mightily staged Durbars.

Muslims were then encouraged by their religious leaders to support the Raj, as they had correctly reasoned that a democratic and independent India would be a Hindu India where Muslim rights might be ignored. High-caste Hindus, often educated privately in England, formed the Indian National Congress in 1885. They admired most aspects of British rule, especially the laws concerning law and order. At least at the start, they looked for a bigger share in running the country, rather than wish for independence, though some nationalists wanted an active opposition to the Raj, but in 1907 they failed to take control of Congress, where the ‘moderates’ held sway until the Great War.

India’s benefit to the British cannot be over-estimated; the Indian Army was, as Salisbury told Parliament in 1867 ‘an English barrack in the Oriental seas from which we may draw any number of troops without paying for them’. This rather openly cynical remark was backed by the fact that the Indian Army was paid for out of Indian taxes. It was disciplined and brave, and used by the Raj before 1914 in the Anglo-Afghan War of 1877/8, as well as the Anglo-Burmese War of 1885/6, the military expedition to Tibet in 1903 and in China, South Africa, and the Pacific.

India was an integral and supremely important part of the British economy and for sixty years was Britain’s main trading partner, taking her cotton goods and heavy machinery and a good 20% of her foreign investment. Britain also used Indian exports to other parts of the world to offset 40% of her balance-of-payments deficit. A Governor General, Lord Curzon, said in 1900 “We could lose our Dominions and still survive, but if were to lose India, our sun would sink!” He was unforgiven for this bold statement, the Dominions were not lost, but India was, and that was the beginning of the fast disintegration of the British Empire.

The Great War of 1914-18 brought about a huge change in relations between India and the Raj. More than a million Indian troops served in the Middle East and France. There was an immediate increase in demands for self-government, accelerated by inflation and the post-war slump. In 1920 – 22 Ghandi started his Non-Cooperation campaign and the Raj responded by granting Indians a bigger role in government via the India Act of 1935. Now Congress controlled eight of the eleven provinces of British India, but the Second World War had an even more traumatic effect on India than the Great War; at first many members of Congress failed to cooperate and were imprisoned. Lord Wavell the Viceroy said, “Our time in India is limited and our power to control events almost gone”.

After the War was over a Labour administration was installed in Britain; it was obvious that the Raj could not continue without full Indian collaboration, and this was not apparent. Labour MPs and socialist intellectuals were loud in their sympathy towards the idea of complete independence. 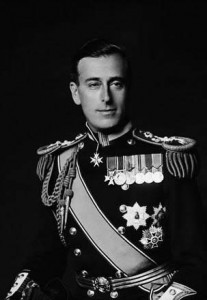 The quasi-royal Lord Mountbatten was sent to disestablish the Raj which he did as the last Governor-General, while Britain’s leaders and people were war-weary (two world wars, 1914 – 18 & 1939 – 45) and could not be bothered too much about what happened in India. Amidst bloody riots, religious conflicts, mass assassinations and political mayhem, the Raj disappeared in August, 1947, to be replaced by (Hindu) India and (Muslim) Pakistan as separate states. The two countries have never got on together, the Empire was diminished and finally collapsed, and Lord Mountbatten, who had too speedily arranged the Indian debàcle was blown up by the IRA after his retirement.