The Ancien Régime: what was it and did it work?

Countless times as you read books and learned pamphlets on history, you will meet the French words Ancien Régime. It is an easy bet that many of us only half know what these two simple words signify. The translation is easy: in English – traditional method of government by royalty; in Spanish – el antiguo regimen.

END_OF_DOCUMENT_TOKEN_TO_BE_REPLACED

In a recent edition I talked about MI6, which was once called SIS, and which, oddly enough, is mostly referred to these days using that original acronym (the Secret Intelligence Service). In many ways the service is similar to the United States’ CIA. Just as in that vast country the FBI (founded by Edgar Hoover) has some similarities with Britain’s MI5, in re the CIA and the SIS are supposed to deal with overt and covert overseas surveillance (and actions). The FBI and MI5 are supposed to deal with national or interior security and/ or surveillance.

Whatever you call them, between the two, no citizen can keep any secrets hidden from the all-seeing eye. George Orwell was right, as usual. The ordinary citizen may not know this, but governmental organisations know ALL (from your CV to your favourite toothpaste) – about YOU.

END_OF_DOCUMENT_TOKEN_TO_BE_REPLACED 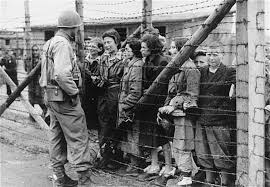