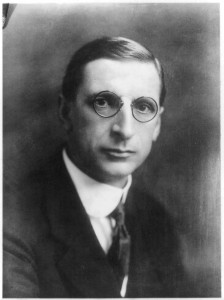 As the clouds of war deepened over Europe in 1939, certain countries declared their neutrality in the hope that they would not become involved in what promised to be a world conflict. Turkey (both the Axis powers and the 1939 allies tried to lure her into the net), Switzerland (right in the middle of what might be a European killing ground, with her own big citizen army and easily defended terrain), Portugal, teetering towards Fascist Germany but which seemed, at the time to be pro-Allies), the Vatican, inscrutable, but probably anti-Nazi, Sweden which pronounced her neutrality while permitting sales of her iron ore deposits to Germany and allowed Germany the right to move troops over her borders: Spain, whose Caudillo was in debt to Hitler recently given in the Spanish Civil War. There was not much love lost between Hitler and Franco however; they were to meet at Hendaye for a nine-hour conference in October 1940: later Hitler said that he would prefer a long visit to the dentist than another meeting with the Generalissimo.

And there was the Republic of Eire, a.k.a. Southern Ireland a.k.a. The Irish Republic. It is difficult to explain Eamon de Valera’s actions viz. neutrality. Sweden and Switzerland are in close proximity to Germany, whereas Ireland is not. De Valera never denounced the Nazis or Hitler throughout the coming war. Eire never aided Britain, though individual Irishmen from the Republic went to Englanjd and joined up, much to their credit. When the Low Countries were invaded (they were also neutral) de Valera criticised, but did not criticise specifically nor by name. In 1945 he went to give his condolences on the death of Hitler in his Berlin bunker, visiting the German Embassy in Dublin. He told people that he thought he had acted wisely in doing so. Neither he nor Eire seemed to have noticed the international press which was full of pictures of Buchenwald and Auschwitz at the time. Britain and the USA were incensed, but no reports appeared in the censored Republic’s press.

Eire denied the use of three strategically important ports to the British during the war, explaining that sovereignty over them had been awarded by the Chamberlain government under the terms of the 1922 Anglo-Irish Treaty. Similar to Portugal during the war, Eire’s main cities were stuffed with Axis spies until the conflict ended. This did not stop the Royal Navy’s sensible practice of guarding as closely as possible the coasts of the Republic against submarines popping in to some neutral Irish port for re-fuelling, rest and recreation.

Canada, Australia, New Zealand, India, South Africa, the Rhodesias, and other parts of the Empire were not all amused by Eire’s neutrality and total lack of help during the Second World War, and their representatives wondered, as did the British, if the explanation was not simply Irish antagonism towards England after centuries of her hostile treatment of the sister island.