Alexander II (Anselm of Lucca) has an unknown birth date, but we do know he became pope in 1061 and died fourteen years later. He was Bishop of Lucca from 1057 and was a known reformer, campaigning strongly against corruption and immorality in the Church. He was one of the founders of the Paterine Party, whose principal aim was the stop priests marrying. One thousand years later they are still not marrying, though originally Protestant clergy who convert to Catholicism while married are permitted by the Vatican to keep their wives and children if they have any. This may seem unfair to priests baptised in the Catholic faith, but at least it provides employment for Anglican vicars unhappy within the Church of England and anxious to convert.

Alexander III (Rolando Bandinelli) was born around 1105. He became a professor of Law at Bologna University, and was appointed adviser to Pope Adrian IV (who was English, by name Breakspear q.v.). He was elected pope in 1159, and was involved in a struggle with the Emperor Frederick I (Barbarossa) who supported ‘anti-popes’ against him. Anti-popes were those who opposed popes who had been correctly and canonically appointed. They appeared frequently during times of great schisms (or divisions) in the Church in the West. Clement VII and Benedict XIII were anti-popes at Avignon in France: Alexander V and John XXIII were anti-popes in Pisa, Italy.

The Emperor was at last defeated at the Battle of Legnano in 1176, and peace was arranged at the Treaty of Venice in 1177. But an even more bitter conflict included this Pope Alexander; he was involved rather against his will in the intercenine and finally fatal arguments between King Henry II of England and his Archbishop of Canterbury, Thomas Becket (q.v.). The Pope entertained Becket in Rome and listened to his arguments, but, preferring to stay out of it, he sent the runaway Archbishop off to live in a distant and unhospitable French monastery with a reputation for piety, bad food and ice-cold rooms. Becket, not surprisingly, chose to return to England, where he was murdered in his own cathedral at the suggestion of King Henry. Alexander III called for the Third Lateran Council and died in 1181. 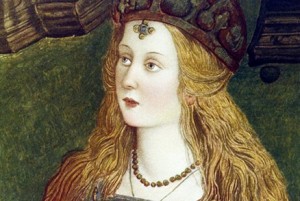 Alexander VI (Rodrigo Borgia) lived in Italy but his family (Borja) came from Valencia, Spain. He was born in 1431 and was a Cardinal at the behest of his uncle, Calixtus III (1455) when he was just twenty-four. He was elected pope after the death of Innocent VIII, but the election was rigged. Many of the voters became richer as a result of giving Rodrigo their vote. 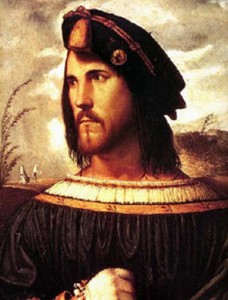 This Alexander had at least four recognised illegitimate children, among whom the best known were Cesare, a handsome and unscrupulous soldier, and Lucrezia, a very beautiful girl much abused by her father and brother. She has had a very bad press for five hundred years, and is still the subject of scurrilous movies and television serials. If she really did poison innumerable people as she is supposed to have done, she must have kept beer barrels full of the deadly stuff in her closet.

Pope Alexander tried in vain to break the power of the Italian princes, in order to grab their possessions. He made numerous powerful enemies; but this Alexander also played a valuable part in the nautical explorations which gradually opened up the New World, helping to persuade the Catholic Monarchs of Spain to back the intrepid navigators, and apportioning the New World between Portugal and Spain, much to the annoyance of other European powers such as England, the Low Countries and France. Though he liked censoring books, Rodrigo was a generous and helpful patron of the arts. He died in 1503, perhaps murdered by members of his own family. He was seventy-two.

Alexander VII (Fabio Chigi) was an Italian pope born in 1599. Though the Peace of Westphalia ended the Thirty Years War (q.v.) Fabio, as papal nuncio, protested against it. Nevertheless, he was elected pope mainly because of his professed hatred of nepotism. This was in 1655. Despite this alleged dislike, he himself became associated with many cases of nepotism.

This Alexander supported the Jesuits against the Jansenists (q.v.) and disallowed translation of the missal into French. His finest contribution was the building of the colonnade in the square at St. Peter’s in Rome.

Alexander VIII (Pietro Vito Ottoboni) was born in 1610 and was pope from 1689. Before he died in 1691 he managed to issue the Bull Inter Multiplices , based on ideas already formulated by Innocent XI. The Bull re-affirmed papal condemnation of the Gallican Articles published by the French synod (q.v.) orchestrated by King Louis XIV of France.