Britain has had some seventy-five prime ministers since the year 1721. Many in the earlier days came from the higher aristocracy, were landed and naturally unpaid. Many, but by no means all, had been to schools like Eton, Harrow and Winchester, though mainly Eton. The last senior aristocrat to be PM was the Marquess of Salisbury (PM 1895 – 1902). One man was PM no less than four times – William E. Gladstone ( PM 1868 – 74, 1880 – 85, 1886 and 1892 – 94). Despite being middle class, Scottish and representing the Labour Party, Ramsay Macdonald was prime minister three times (PM 1924, 1929 – 31, 1931 – 35). No Labour prime minister in the 20th or 21st century has been genuinely working class, though one (Gordon Brown) was a son of the manse, and knew what being poor was like. Tony Blair was of much higher class, though a Labourite, than Conservative John Major. Around twenty-five PMs have been hereditary dukes, marquesses, earls or viscounts. In the 20th century one Scottish earl renounced his earldom in order to become prime minister (14th Earl of Home, PM 1963/64 as Alec Douglas-Home). One Anglo/Scottish/American prime minister became an earl (of Stockton) when he retired from politics (Harold Macmillan PM 1957 – 63). Margaret Thatcher (Cons. PM 1979 – 90) and Harold Wilson (Lab. PM 1964 – 70 and 1974 -76) were educated at grammar schools before this excellent educational system was destroyed by legislation. Here we mention three somewhat ineffectual prime ministers from different periods in British history. 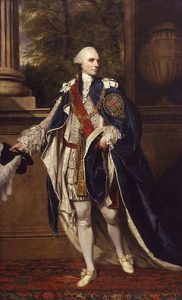 Reynolds’ painting of the 3rd Earl of Bute / en.wikipedia.org

John Stuart, 3rd Earl of Bute was born in 1713 and lived until 1792. Being a favourite at the Court of George III, he found himself made one of the principal Secretaries of State in 1761, and one year later became Prime Minister PM 1762/3). Ever faithful to his monarch, his object was to continue and enhance the royal prerogative, making him unpopular with his fellow parliamentarians and the country as a whole. He premiership barely lasted a year as he was hardly noticed, and he retired from 1768 into the country, where he studied botany and other sciences. 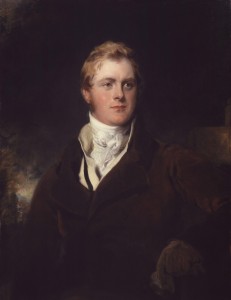 Frederick John Robinson, Viscount Goderich and Ist Earl of Ripon was born in 1782. He entered Parliament as a Conservative (then they were called Tories – a pejorative term) in 1806 when he was but twenty-four years old. By 1826 he was Chancellor of the Exchequer, in which position he managed to reduce government debts and promote a form of freer trade. Under PM George Canning he was Secretary of State for the Colonies (1827), and Prime Minister in the same year. There his upwardly mobile career, which had been meteoric, stopped abruptly, as his colleagues noted that he had no sense of leadership, only a good brain. He actually resigned the premiership before Parliament before becoming PM. This bizarre state of affairs has only happened once in British history, though there have been many senior politicians made PM since, who might have followed Robinson’s example. He crossed the floor to become a Whig and was President of the Board of Control in 1843. He was a fair administrator, but could never lead. He died in 1859.

Spender Perceval: Murder in the House of Commons / news.BBC.co.uk

Spencer Perceval was a middle-class politician born in 1762. He became an MP at the age of thirty-four and rose to become Solicitor-General in 1801, Attorney.General in 1802 and Chancellor of the Exchequer in 1807. He was Prime Minister for three years from 1809, and might have done very well for the country and Parliament, as he was sound in his views, and knew how to express them. He just had time to establish a firm Tory government before being shot dead in the lobby of the House of Commons in 1812. The murderer was a bankrupted financier from Liverpool called Bellingham. Perceval thus became the only Prime Minister of Britain to be physically assassinated. Many have been politically assassinated by the Press, such as Alec Douglas-Home, who was not ineffectual at all, and Harold Wilson, accused by newspapermen of having been a Soviet mole.