Two of our three subjects were lords as well as tycoons. Beaverbrook and Northcliffe. That was because though one was Canadian and the other Irish, their press empires were British. The third tycoon is an American, indeed given his story he could not have been anything else but American – William Randolph Hearst.

William Maxwell Aitken was born in Ontario in 1879. He was the son of a Presbyterian minister who was Scottish. It is often said of him that his career was in the ‘rags to riches’ niche, but this is not really true, as Aitken made a fortune in  the Canadian cement industry before emigrating to England  in September, 1910.

He must have brought his money with him for he became a Conservative member of parliament within 3 months of stepping ashore. Within 6 months he was dubbed a knight. Moving upwards with a speed that surprised no-one who knew him, Max became official Canadian political representative on the Western front in 1915.

In the company of others, he helped secure the succession of David Lloyd George as Prime Minister. In return he was made Chancellor of the Duchy of Lancaster and, much more importantly, Minister of Information (Britain was still at war) in 1918.

One year earlier Aitken had founded the newspaper which was to become his flagship – the Daily Express. At a time when depending on your education and pocket, you bought either The Times of London, known as ‘the Thunderer’, the Daily Telegraph and others, or the Daily Mail (founded 1896) and/or the Daily Mirror (founded 1903), the entirely modern Express excited the public and Aitken’s methods of publicity geatly encouraged sales. Max Aitken became a Baron during this year, 1917.

Always upwardly mobile, the new Lord Beaverbrook spent the inter-war years boosting higher and higher the sales of the Express and its associated newspapers and journals. In politics he was Conservative with a capital C, though he disliked Stanley Baldwin and favoured the equally rapidly rising Winston Churchill. In the Abdication Crisis (qv) he and Churchill put their weight behind the Prince of Wales/King Edward VIII, who had entertained both at Fort Belvedere. It was not enough however. The combined weight of the Church, led by Archbishop (of Canterbury) Temple, the aristocracy led by the Dukes, and Prime Minister Baldwin was enough to persuade the uncrowned king to go into exile with ‘the woman he loved’, and give up the British throne.

Beaverbrook went into battle in the Second World War with all his newspapers and radio stations. He became Minister for Aircraft Production and Minister of Supply, both hard tasks which he tackled with his customary Canadian/Scottish zest and zeal. His son, another Max, became a pilot with the RAF (he survived). Between his ministerial labours, running the newspapers, and being a bit of a darling with the public, he was also notorious as a womaniser, having a long affair with one of the beautiful daughters of Earl Beauchamp. He spent much time in dangerous journeys to Moscow and Washington, on missions for Churchill. After the War he was promoted to the position of Lord Privy Seal, which may sound pompous but carries a lot of weight.

Beaverbook was a vain, proud and able man, and given his record one cannot blame him for these characteristics. In the late Forties he showed his fervent patriotism by opposing the Independence of India at every turn, displaying no scrupes about using his newspapers fully. His press campaigns directed against Lord Mountbatten, whose job it was to hand India over to the Indians became a by-word for skill mixed with spite. He died at eighty-five in 1964, a year before his friend Winston.

The Daily Express without Beaverbook declined, along with its companion paper the Evening Standard, and his weekend paper the Sunday Express. 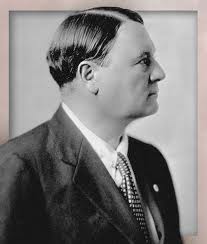 Alfred C.W. Harmsworth was born in Dublin in 1865, the son of a barrister. He got his first job in a newspaper office in 1880 at the age of fifteen. Eight years later he founded his own newspaper, a weekly called Answers. In it first appeared that sound combination of sensationalism and good business sense that stayed with him (and his brother, who became Lord Rothermere) for the rest of his life.

First the brothers published periodicals, weekenders, weeklies and monthlies, but they soon dived into the hair-raising labour of making a daily newspaper. In 1894 they bought the ailing Evening News. Later in 1896 came the Daily Mail (a paper still with us as a great success). Harmsworth sold his Mail at a halfpenny each, whereas most of the other papers sold for a penny. It was the massive advertising the Mail indulged in that closed the economic gap.

By the turn of the century the Daily Mail had twice the circulation of any other newspaper. Never content, Harmsworth founded the Daily Mirror (‘very working class, you know,’ said  the Times), but then he bought the rather upper class Observer in 1905, to make up for it (he sold it again in 1911). Nothing ventured, nothing gained, so in 1908 he bought the Times as well.

Titles showered on him in 1905 (Baron), and Viscount (1917). Meanwhile he made himself financially interested in motoring, aviation and polar exploration, though his enemies said this was for the purposes of publicity for his newspapers. It was as Lord Northcliffe that he went to the United States in 1917, where he saw everybody. It might have been coincidence that this was the year the US entered the First World War. When he returned he was made Director of Propaganda to Enemy Countries, but to the amazement of some he used this powerful position to encourage subject nationalities to demand independence. All this awesome power was not good for his mind, and in his last years he suffered from advanced megalomania. The character emerging in a few of Evelyn Waugh’s books called ‘Lord Copper’ is said to be a clever portrait of a mixture between Harmsworth and Aitken (Lords Northcliffe and Beaverbrook).

Northcliffe will chiefly be remembered for having introduced the notion of a tendentious, attractive and always sensational headline accompanied by a brilliant story eagerly consumed by an avid public. He died in 1922. The Times, Daily Mail and Daily Mirror have survived.

William Randolph Hearst (1863 to 1951) was an American communications tycoon so important in US history he inspired Orson Welles to make a film about him – Citizen Kane. It is firmly believed that Hearst used his many newspapers to get his country into a war with Spain over Cuba – The Spanish-American War, 1898. He claimed his motive for this extraordinary piece of trickery was to encourage the Cuban people’s bid for independence. A lot of good it did the people of Cuba.

Anxious to do the right thing, Hearst opposed US entry into World War I, and managed to keep the country out of it until 1917, when Britain and France had been almost bankrupted by the conflict, which, as Hearst only liked the United States and thought that ‘abroad’ was horrible, seemed a very good thing to him.

Monumentally rich and vain, Hearst built a European-style palace in California and invited all the current Hollywood stars to stay, with his mistress Marion as chatelaine. He bought an entire production company for the launching of Marion as a film star. He is said to have shot a film director in the testicles while on a pleasant cruise in his yacht. The reason, it is alleged, for this unmannerly behaviour is that the director had been making up to Marion Davies.

From newspapers Hearst launched himself into the movies, colourful magazines, hotels and other businesses, building up a massive fortune. But then he tried to get into politics. This is always a bad career move, as all everywhere politicians dislike interlopers in their territory. He was most unsuccessful. In Spain, modern history shows what happened to three very successful businessmen who tried to force their way into politics – Jesus Gil, Ruiz-Mateos and Mario Conde. It is almost physical suicide, as the major parties will whip off your jewels with the same brio as Hearst showed with the poor de-balled film director.