Home/History of China, World History/Chinese dynasties in antiquity
Previous Next 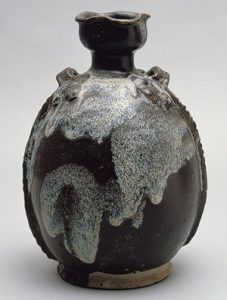 Civilization in Europe is an infant wrapped in swaddling clothes compared with China’s. The Shang dynasty, for instance, began 1766 years before Christ, according to reliable records, and lasted until 1122 B.C – six hundred and forty-four years making some of our modern dynasties look rather short-lived. Archeological evidence suggests that the Shang monarchy emerged from an earlier, actually Neolithic culture. Shang territory stretched from the Yellow River plain to Shandong in the east. A sort of capital region was established is what is now a northern Henan province. There might have been others, but the capital that lasted was that at Yin (now Anyang). Inscriptions on the royal tombs are the oldest form of Chinese writing.

The Shangs considered themselves superior to the non-Chinese barbarians from the north, with a mounted or chariot-borne aristocracy ruling the peasants, and craftsmen working in bronze (an alloy). They believed in big cities, essential for defence and food distribution, and worshipped their ancestors. They were at last overthrown by a Chinese-speaking people called Zhou (now Chou) from the western Wey River valley (now Shanxi Province.

The Zhou or Chou ruled from 1122 (or perhaps 1066 – the dates are uncertain) to 256 B.C. (a mere eight hundred and sixty-six years). The dynasty was founded (according to both history and myth) by Wu, who had managed to overthrow the last tyrannical monarch of the Shang dynasty. His capital was at Hao until 771 B.C., and then at Luoyi in 256 B.C. The Zhou was a flowering of a near feudal monarchy, with writing, philosophy and history emerging, headed by the Confucian Classics, the introduction of the doctrine of The Mandate of Heaven, and establishment of many aspects of Chinese culture that exist to the present day.

The Qui (Ch’in) dynasty was the first to rule over a united China (221 – 206 B.C.) but fifteen years is a drop in the ocean. Founder Qun Shi Huangdi led the state of Qin (now Shaanxi) to short-lived victory over other warring states, installing a regime noted for strict legalism, and authoritarianism. The ancient feudal order was turned out and replaced by a kind of prefectorial system. Chinese script was standardized, weights and measures clarified, roads and canals constructed, including the Great Wall of China. These were achievements indeed, but the government was tyrannical, and had to be overthrown by huge peasant uprisings.

The Han dynasties lasted from 206 B.C. To A.D. 220 – four hundred and twenty-six years. They include several early Chinese dynasties, now used to distinguish people of native Chinese stock from national minorities. The Western branch was founded by the leader of the rebellion that ousted the Qin Dynasty, one Liu Bang. It was characterized by expansion of China into Korea and Central Asia, constant fighting of the Huns, the accepted triumph of Confucianism as state orthodoxy, and lasting achievements in learning and literature. The capital was established at Changan (now Xi’an). There was an interval (A.D.8 – 23) during which the reforming Wang Mang usurped the throne, while the Eastern Han ruled China from Luoyang. It was during this period that Buddhism came to China, and, most importantly, trade links were established with Europe, via the Middle East.

The Jin or Chin or Tsin Dynasty lasted from A.D 266 – 317. For some historians, it is known as the ‘Western Jin’, and it was the last native Chinese dynasty to rule a unified China before a period of division which lasted until the 6th century, when independent kingdoms confronted non-Chinese dynasties in pursuit of conquest in the north. But the Jin Dynasty had itself usurped power (with much help from the Sima family) from the reigning Cao family, overthrowing the Wei State. By A.D. 280 the Jins had completed the unification of China, ending the Three Kingdoms period, but then they came under increasing pressure from non-Chinese tribesmen in the north. The Jin capital of Chang’an fell to these in A.D 306. A dominant member of the Sima family then established a separate dynasty – the Eastern Jin -in the south at Nanjing, and this was the first of a series of independent kingdoms, engaged in more or less permanent warfare with the foreign dynasties.

The Sui Dynasty was short-lived (thirty-seven years) but unified the country after three years of division. Leader Yang Jian orchestrated a palace coup which upset the Northern Zhou, which was the last of a series of barbarian conquests that had been top dog in Northern China since the 4th century A.D. Choosing the reign title of Sui Wendi, Yang Jian had united all China by 589 and imposed central control, thus eroding aristocratic privilege -not always the wisest move. His son Sui Yangdi set out to spend too much money on expeditions to Korea and Vietnam. He also spent vast sums on large-scale public works, like the Grand Canal (built between 605 and 607), and the building of a second capital using slave labour. Sui Yangdi was one of the first young rulers in history whose extravagance and continuous cruelty confirmed him as what Confucius would have defined as ‘a bad ruler’. Amid huge revolts he was murdered by one of his palace officials in 617.

The Tang Dynasty is probably best known to you as a period denomination for Chinese antiques, such as jars which have survived since 618 – 907. It was founded by the frontier general Li Yuan with a capital at Chang-an (now Xi’an). In 690 a former ‘concubine’ (mistress) of the second Emperor, and Empress of the third, became Emperor of China, the only woman ever to do so. The nineteenth century dragon lady with whom you will connect The Boxer Rebellion (q.v.) and certain popular films, was Empress.

The Tang Dynasty produced the Civil Service Examination System centuries before such an important thing emerged in Europe; it also produced porcelain table-ware known collectively as China (“put out the best china, Bertha!”, as well as the golden age of Chinese poetry. In 755 the revolt of An Lu-shan was crushed but left the dynasty unable to control the provinces as before. The result was a period of turmoil, unrest and disunity known as ‘The Five Dynasties’ and the ‘Ten Kingdoms’. These were Later Liang, Later Tang, Later Jin, Later Han and Later Zhou. They were in fact mostly mercenaries from what is now Turkey. It was left to a general of the Later Zhou, by name Zhao Guangyin, to unite China again, at the same time establishing his own dynasty – Song.