Home/World History/Four revolutions of 1848
Previous Next 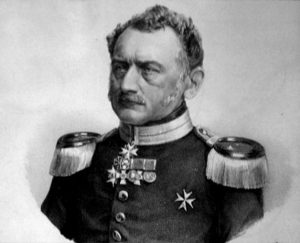 Revolutions are a regular feature in all history, human nature being what it is. The careful student can probably find a revolution of some kind every year since records began, but in 1848 there were FOUR in Europe alone – In France, Italy, the Habsburg Empire and the greater part of what was then Germany. Reasons for these violent upheavals were failure of crops, especially that of the potato; pathetic cereal harvests, resultant food shortage and high prices, and a reduced demand for manufactured items, which in turn led to massive unemployment. In today’s enlightened days governments are better equipped to deal with such serious matters, but they were notably short of political and economic measures in the first half of the nineteenth century.

Complaints coming from the middle classes – what there were of them – were political rather than economic; they wanted power, the vote, more freedom and constitutions that limited the authority of monarchs, as well as providing democratically elected administrations. But in France, where their own great Revolution had already given them a parliament, the liberals wanted more extensions to the rather limited franchise. In Germany, fervent and growing nationalism played a part. The parliament based in Frankfurt was aiming to create a united state out of all the German lands.

In Sicily, the first revolution took place in January of 1848. Sicilians objected to be ruled by Naples. In France, February saw an uprising which brought about the fall of Louis Philippe and the establishment of the Second Republic – and this major upset seemed to act as a trigger to other revolutions.

In Vienna the public clamoured for a constitution, causing Metternich to run away (in March) and the summoning of a Diet by the Emperor Ferdinand, but at that time the Habsburg Empire was in a state of collapse, with Kossuth’s Magyars unilaterally declaring their autonomy – which Ferdinand was forced to ratify. Meanwhile, in Lombardy, Radetzky was forced out of Milan, and Austrian forces were equally forced to leave Venice. Them on 24 March, to enliven matters even more, Piedmont declared war on Austria! Naples, Tuscany, the Papal States (and Piedmont) all had to grant the people a Constitution.

In Germany, constitutions appeared everywhere, as small states and duchies in both west and south weakened under liberal pressures, granting civil liberties, and making ministries responsible to parliaments. Things turned ugly in Berlin in March, because of a clash between citizens and armed troops – out of three hundred deaths all but fifteen were workers. This awful statistic was made manifest in the press all over Europe. King Frederick William IV withdrew his soldiers from the capital, and declared that ‘henceforth Prussia is merged with Germany’.

Each revolution was urban, very much centering in the capital cities, and each was a success, in as much as the previously all-powerful regimes had lost their nerve. Chiefs of armies were astonished by the revolutions’ apparent success: General von Prittwitz (Prussia) announced that he was ‘strong enough to take Berlin, but the King has commanded us to play the part of the vanquished!’

Perhaps this was wisdom on the part of the general, because as rulers recovered their courage and confidence, the revolutions collapsed. In Paris a working-class uprising was crushed in the ‘June Days’ (q.v.). Frederick William used his army to regain control of Berlin in November. In Italy the revolt at Naples was smashed in May. Austria reconquered Lombardy after crushing Piedmont in July. There was no real threat to the Habsburgs in Bohemia, though there was a rising of workers and students in Prague, which was rapidly put down with the use of artillery.

Only Hungary and parts of Italy saw a continuation of revolutionary spirit in 1849. The revolution in Rome had occurred in late 1848, when Pope Pius IX fled the Vatican. The Revolutions of 1848 seemed to be the most extensive in Western and Central Europe in the nineteenth century, but each one failed. One ruler only lost his throne – Louis Philippe. Many of the concessions granted as a result of the uprisings were later cancelled. But emancipation of the badly treated agricultural classes managed to stay in place, as did the constitutions granted in Piedmont and Prussia. The only victory that could be claimed by reformists and liberals was that Nationalism and Liberalism could no longer be so blatantly ignored by governments and monarchies of the Old Regime.