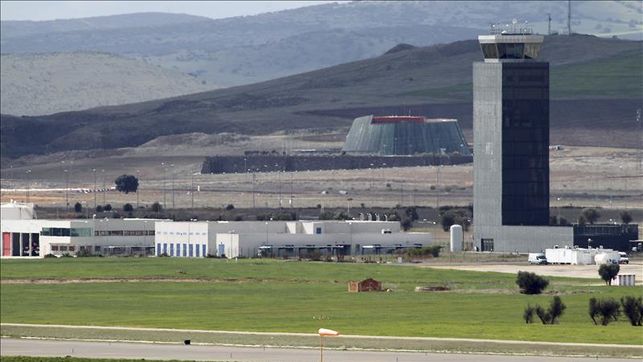 When we were very young, we occasionally heard adults sigh and say, “Of course it would be very nice to have a cottage in the country, but I fear it’s just a castle in the air.” We then knew that what our older and betters were dreaming of would never happen. In Spain, however, those dreamy castles in the air have become airports. And they have ‘happened’; forty-six of them. You name the city or large town, and you can be sure it either has a super-modern airport, or is in the process of building one.

In the Community of the Canary Islands there are eight airports, two of them on the island of Tenerife, north and south. La Gomera has a quite beautiful example of this monstrous public spending. In December, 2010, the Gomera airport processed 1,891 passengers, or an average of 67 passengers per day. In that month there were 121 ‘operations’ (landing or takeoffs). In terms of the whole year, there were 1,776. Freight to a total weight of 621 kilos was handled at La Gomera in December. During the year – 9,199 k. One airline uses Gomera Airport: Binter Canarias. The seagoing ferries, nationally-owned or private, whose executives may have been bothered by the building of an airport in La Gomera, need not have been. The sea ferries are just as packed with passengers, but go much faster, as they were and did before the airport was opened.

In the Spanish Peninsula, some journalists from Le Monde, a French newspaper with a large circulation were sent from France to investigate one of those forty-six airports, the new one that serves Ciudad Real. They found it had one of the longest runways in Europe (four kilometres), capable of receiving even an Airbus A380, the largest commercial airliner on this planet. Installations have been designed to accommodate 21/2 million users per annum. 91 employees work there permanently, plus more than 200 private companies with a concession.
The French reporters informed us that ‘a sepulchral silence reigns’ within the huge building. This might be because The Ciudad Real Airport services no more than THREE weekly flights. Thank God for Ryanair. But Ryanair is Irish, not Spanish.

The splendid cafeteria is useful for serving luncheon to the airport employees on Monday, Wednesday, Thursday and Sunday every week. On these days the employees are the only persons to be found perambulating around the terminal.

The airport cost 500 million euros, most of which was lent by the Caja Castilla La Mancha, whom the Bank of Spain had recently to intervene to avoid collapse. This salvation cost 9000 million from the taxpayers’ pocket. Never mind though, because the government of autonomous Castilla la Mancha has just injected another 140 million euros into the airport company, to make up for its enormous losses.

Ciudad Real, a very attractive old Spanish city, has 75,000 inhabitants, which means it only just gets to be a ‘city’. Most of the inhabitants refer to Ciudad Real as their ‘town’. But the fact remains that the population is just too small to support such an airport, not even when some neighbouring towns can be included in the figures.
We are told that the airport has installed and is using the TGV system, which makes it ‘international’. So that is all right then. But some impertinent persons, especially those from the most impertinent profession of all – journalism – are asking just why this (and many others among the forty-six) airports was built in the first place. For whom? For the quarter of the total population who are neither children nor old-age pensioners? 18,750 persons? Who benefits? The answer is easy, as it always is in modern Spain: the building of the airport benefits those involved in its building, those who promoted it, those who sold valuable arable land on which the concrete could be laid etc. Some of our readers will remember when the Puerto de la Cruz and Orotava by-pass was built some years ago. First, the eight or nine kilometres took eight or nine years to construct; second, the eventual cost was infinitely more than the published budget; third, no-one (not connected with government) had any idea why the monstrosity was built anyway – until they learnt that Orotava had given permission for an enormous, and enormously ugly commercial centre to be built on prime agricultural land. The original highway would be needed as a service road for lorries and cars visiting the centre. Therefore they had to build the bypass, to keep the normal daily traffic going. The new motorway was built, with public money of course, in order to suit the book of the owners and managers of the new commercial centre, and the politicians whose signature was essential on the plans, and of course the contracted builders.

The citizens of Ciudad Real are proud of their airport with its four kilometre runway, though they use it painfully little. They know that airport number 47, at Teruel, is almost finished. They also know that it will be ‘international’, as theirs is. But how many tourists have heard of Teruel, apart from history students who know of its importance during the Spanish Civil War? Tens of millions of euros, taxpayers’ money, are once again being used to provide profit for the few.