The second took place in April and May 1915, and was notable for the first use of poison gas by the Kaiser’s armies. This gas was chlorine-based, and gas masks on the heads of allied soldiers were also seen for the first time. They did not work as efficiently as the boffins had predicted. Thousands of troops had to be invalided back into France and Britain, suffering from the gas, which left them crippled in mind and body. In terms of strategy, this second battle at Ypres forced the British to shorten their line of defence in what was called ‘The Ypres Salient’.

The third battle in this zone lasted from July 31 until November !0, 1917. It has a special name, one which can still produce shivers, even in historians, who should be accustomed to such nightmares, but are not. That name is Passchendale. The struggle happened because the British generals were determined to continue the offensive which should have enabled them to break through to the Belgian ports. That was the objective anyway. 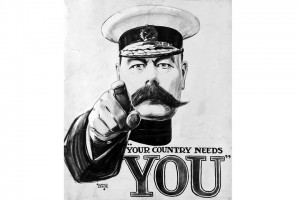 The battle was fought in countryside which had been churned into deep, thick and choking mud. No-one advanced very much, though valiant Canadians managed to capture the village of Passchendale, about six miles to the north-east of Ypres itself. It is to be supposed that the British Government, the Chief of the Imperial General Staff, and the generals concerned considered the dreadful event to be worth the loss of some 300,000 casualties, dead and wounded. One would require four or five full-size football stadiums with all seats and standing space filled, to house 300,000 troops, most of them very young. But instead of watching soccer, they fell in the clogging mud, killed or deafened by exploding shells. And there was also the poison gas, which did not being biased, killed troops on both sides.