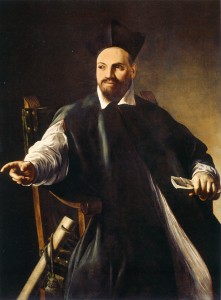 Three French popes and one Italian, dating from the eleventh century, the thirteenth, fourteenth and finally the sixteenth and seventeenth centuries, form up for inspection in this post:

Urban II (Jacques Pantaléon) was born in Troyes around 1200. He was Bishop of Verdun by 1253 and Patriarch of Jerusalem in 1255. His most important contribution to the Roman Catholic church, and onwards into world history, is that he introduced the Feast of Corpus Christi for the first time in the year 1264.

Urban V ( Guillaume de Grimoard) was born circa 1310 in Grisac, and became Abbot of Saint Victor in Marseilles. He was elected pope in the conclave at Avignon in 1362, at the comparatively young age of around 52. He was not satisfied with the splitting of the Papacy and made determined efforts to get it back to Rome. He succeeded in this but briefly, though he had to return to Avignon only a short time before his death in 1370.

Urban VIII (Maffeo Barberini) was Italian born in 1568. Elected pope in 1623, his significance in church history is that he was a stalwart support to Cardinal Richelieu (q.v.) in his conflicts with the Hapsburgs during the Thirty Years War (q.v.). When France formed an alliance with Protestant Sweden in 1631 he turned a blind eye, preferring to carry out much ecclesiastical reform, including a revision of the breviary. Not pleased with many hymns, he re-wrote them himself. He beamed on all missionary work, and condemned the works of Galileo as heresy, and Jansenism as heretical. Here was an odd thing, because it is known that he enjoyed a long-standing friendship with Galileo. Jansenism by the way was a heretical movement within the Church starting in both France and Holland in the seventeenth and eighteenth centuries. It followed the works of one Cornelius Jansen, though these were based on the theories of Saint Augustine, promoting an ascetic way of life, and denouncing luxury. The Barberini family was disliked to the point of hatred by another pope, Innocent X (q.v.).