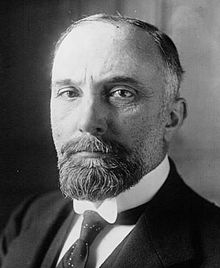 It would be hard to think what the history of Italy would have been without the Sforza family. We have already studied the Visconti, the Medici, the Este and other great dynastic families; our first subject from this one is Francesco, born 1401 the illegitimate son of one Muzio Attendolo Sforza. Being born a bastard was a commonplace festivity in medieval Europe – as long as the child was recognised by his natural father. History is strewn with such cases. The Beaufort line of dukes in Britain started with an illegitimate child of Edward III’s (q.v.). Many more ducal lineages commenced with recognised bastards of Charles II (q.v.); one exception was the unrecognised bastard of King Alfonso XIII of Spain, Leandro Alfonso, fruit of the king’s relation with the actress Carmen Moragas.

Francesco Sforza was a soldier and swordsman who worked violently and bloodily for money. At one time or another he fought against the Pope, Venice, Florence and finally Milan, but he became Duke of Milan in 1450 and stayed duke for sixteen years. This apparently clever upward mobility was a result of the usual method – he married the previous Duke of Milan’s daughter. Naturally he ascended to the dukedom when the lass’s father died.

Before Francesco died in 1466 he had obtained power over Ancona, Pesaro, the whole of Lombardy, and Genoa. He had also produced two more classic Sforzas, Galeazzo Maria and Ludovico.

Ludovico was born in 1451 and was known as The Moor owing to his dark complexion. He was prepared to act as Regent for his nephew Gian Galeazzo during his minority in 1476, but then threw the youth out in 1481 and usurped the dukedom. As such he ruled Milan until 1499.

He became friendly with Lorenzo de’ Medici of Florence, and formed an alliance with him. With Ludovico as duke Milan rapidly became a sumptuous court, probably an outstanding example in Europe. When Charles VIII of France tried to take Naples, he defeated him, but French monarchs have long memories and Ludovico was caught by Louis XII and shut up in France, where he died in prison in 1508.

Galeazzo Maria was a son of Francesco (see above) and was Duke of Milan from 1466 for ten years. During this decade political corruption, debauchery and prodigious over-spending, inspired by Galeazzo Maria, became notorious across Europe. Someone assassinated him at thirty years of age.

With Carlo Sforza we move forward several centuries, to 1842 when he was born. He became a diplomat and politician (not always an easy combination) and as Foreign Minister in 1920/21 he negotiated the Treaty of Rapallo. Then he became Ambassador to Paris, but promptly resigned when Mussolini seized power in Italy. He chose to live outside his country until Il Duce‘s fall, when he returned and became a member of the new democratic government. He was Foreign Minister from 1947 to 1951, supported European unity and encouraged Italian membership of NATO. He was what one might call a ‘born-again Sforza’.