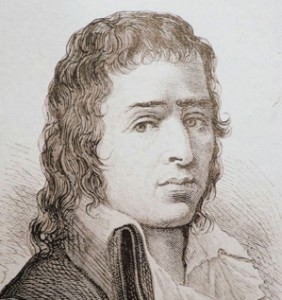 Plotters and plots have been recurrent throughout history. They became famous because of the good fortune that attended them, or the bad luck which dogged them. Queen Cleopatra plotted with her lover Marc Antony to stop Octavian Caesar assuming supreme power in Rome. They failed, both died. His own officers plotted to assassinate King Philip of Macedonia (with or without the help of his wife) and they succeeded in killing the King, but failed to kill his son. They died in battle or by suicide, and Alexander became Great. During the reign of Henry VIII he and his councillors plotted to grab the entire wealth of the Roman Catholic Church in England, and the plot succeeded, while suppression of the ‘Papists’ continued during many reigns, except when the monarch was a Catholic – when Anglicans suffered instead. There was the ‘Babington’ plot to kill Elizabeth I, and the ‘Gunpowder Plot’ to blow up the Houses of Parliament with the new King and all his government with them. They too failed and the plotters paid the full price. A group of powerful aristocrats plotted to remove the annointed, crowned (and unfortunately Catholic) King James II from the throne in the so-called ‘Glorious Revolution’ and they succeeded. No plotter lost his head or his title, and Britain got a Dutch King (William of Orange) who was sensibly Protestant.

Gracchus Babeuf was French, son of a poor clerk who became a prominent radical journalist during the French Revolution. He does not seemed to have played his cards right because he spent most of the Great Terror in prison. He wrote (repeatedly) that revolutions happened in order to secure equal enjoyment of life’s blessings for everybody, regardless of rank. He added that ownership of private property produced inequality, and therefore the only way to establish real equality was to ‘establish communal management of property and abolish any private possession’ of it. Not even the Jacobins had been quite so radical, and Babeuf has become known by modern historians as ‘the first Communist’, though the time was 1796.

While in prison he plotted his Conspiracy of Equals; a revolution or uprising, he said, could not be spontaneous and succeed. It must be planned and prepared by a small group of determined revolutionaries. Using agitation and ‘propaganda‘ (the word had not yet been invented) key groups or powerful institutions such as the army and the police must be persuaded to the Cause. Following seizure of power, government should not be handed over to an elected assembly, but concentrated in a dictatorship. Babeuf and another plotter, Buonarroti are seen by Marxists as original Bolsheviks who passed on their ideas from the early nineteenth century to the early twentieth.

Babeuf is one of those plotters with little or no luck; his ideas about overthrowing the Directory (q.v.) were revealed by another conspirator, and he found himself faced with bloodthirsty Jacobins and the ‘Sans-Culottes’. Arrested in May 1796 soon after release from prison, he went to the guillotine, sorrowful and confused, one year later. 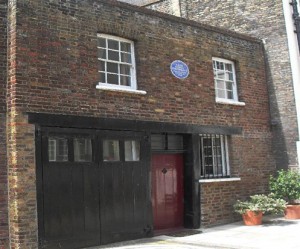 The Cato Street Conspiracy took place little more than twenty years after Babeuf’s, though the motives were not in the least Bolshevik. The plot was a plan to assassinate all the members of the British Cabinet while they sat at dinner. So far so simple: there was unrest in Britain after the Napoleonic Wars. Starving ex-soldiers, as usual abandoned by their wartime leaders roamed the villages and towns up to no good. There was a slump in the economy, with resultant high unemployment. People had been killed by the militia in the Peterloo Massacre (q.v.) in 1819. The conspiracy was infiltrated by a clever government spy (Elizabeth I had introduced a professional secret service through Walsingham 300 years before) and the plotters were arrested as they arrived for a dinner in Cato Street in London. Once again the conspirators were unlucky, because their plans were impressive and would probably have succeeded. They were accused of high treason, five were executed immediately and the rest sentenced to transportation for life. There was no real threat to the government after discovery of the plot, though there were small disturbances in London, Lancashire, Yorkshire and Scotland.