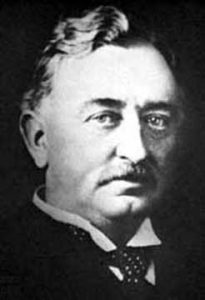 Though some may not believe it, in 1879 little of the vast continent of Africa was in European hands. Colonial administration ruled in the Gold Coast and Senegal in West Africa. Europeans had penetrated strongly and deeply only in South Africa; some colonial success was evident too, in the north, in Algeria. And yet, strangely, by 1914 the sole areas of Africa not under European control were Ethiopia and Liberia. (The first of these had already been Christianized).

How did this happen in only thirty-five years? Colonial troops, explorers, missionaries and professional administrators were on the spot and their respective governments reacted speedily to their requests. Colonies were grabbed by other powers to prevent other nations seizing them first. It was a concerted rush, a ‘scramble’ for Africa.

France was thrashed in the Franco-Prussian War in 1870 and had lost Alsace-Lorraine, and Frenchmen saw in colonial expansion a chance to regain respect and prestige. They pushed eastwards from Senegal, imagining an empire linking Algeria, Senegal and Lake Chad. But it also brought them into conflict with the Muslim Tukolor Empire for many bloody years. Then the explorer with the un-French sounding name of de Brazza signed treaties with local chiefs in 1880 which earned them some territory on the Congo.

The King of Belgium, Leopold II, dreamed of an empire there too and he persuaded the Great Powers to create the Congo Free State, of which he was the head (q.v.). On behalf of Germany Bismarck established protectorates in South_West Africa and the Cameroons in 1884. Until then Britain had preferred ‘informal influence’ to outright annexation, but when she saw how France and Germany were acting, minds were changed and the Lower Niger territories ‘came under British protection’ by the end of that year. Franco-British commercial rivalry became heated, and Britain, not caring much, occupied most of the Gold Coast near the sea in 1896, and northern Nigeria in 1898. West Africa was therefore partitioned, whether the West Africans liked it or not.

France now annexed Tunis, on the border with her existing colony of Algeria (1881); Britain was more concerned with Egypt, on account of her strategic position on the route to India, more so after the opening of the Suez Canal in the 1860s. It was then arranged for the Khedive to get into financial difficulties, and Egypt had to agree to a Dual Control – Britain and France. This caused a revolt, which France was not prepared to confront so Britain went at it alone, sending General Wolseley to defeat Urabi Pasha in 1882, which ended with British domination in Egypt, though it was still at least in name a part of the Ottoman Empire.

One must pay for everything, and the British paid for Egypt by being forced to ‘protect’ her and the headwaters of the Nile. She was therefore ‘dragged’ half-heartedly into East Africa, where the Germans had already made treaties with African chiefs. In 1886 Britain and Germany agreed to divide the area between them. Kenya and Uganda in the north would go to Britain, and Tanganyika in the south would become German. Two years later after Kitchener (q.v.) had kicked the Mahdi in the backside the Sudan too came under British control. Italy now entered the fray, rather late, by setting up the colony of Eritrea in 1890 but then she tried to grab Ethiopia and got a bloody nose for her pains at Aduwa in 1896. All Italy got out of her pretensions was a lot of barren land quite useless to her.

Meanwhile, Germany annexed South-West Africa which was a threat to British interests. Bechuanaland was now sandwiched between German South-West Africa to the east, and the Boer republics Transvaal and Orange Free State to the west. Britain moved faster than usual and Bechuanaland ‘came under her control’ in 1886. Not content with that, the British expanded territories north of the Limpopo River, preventing Portugal from gaining lands from Mozambique to Angola, and stopping Germany from linking South-West Africa to Tanganyika. In 1890 Cecil Rhodes moved north into what became Southern and Northern Rhodesia. Nyasaland was declared a British protectorate in 1891, thanks to the sterling work of a bunch of Scottish missionaries. When gold was found in quantity in the Transvaal it was feared that President Kruger might use its economic strength to dominate all South Africa, so the British provoked the Boers into fighting the South African War (1899 – 1902), which unsurprisingly brought the Boer republics under British control. Except in North Africa the Scramble could be said to be over.

The Moroccan Crises of 1905 and 1911 caused French protection of the country to be recognised by other powers. The Grab for Africa was officially ended when Italy occupied Libya in 1912.